What Guys Really Think of You — From Matt 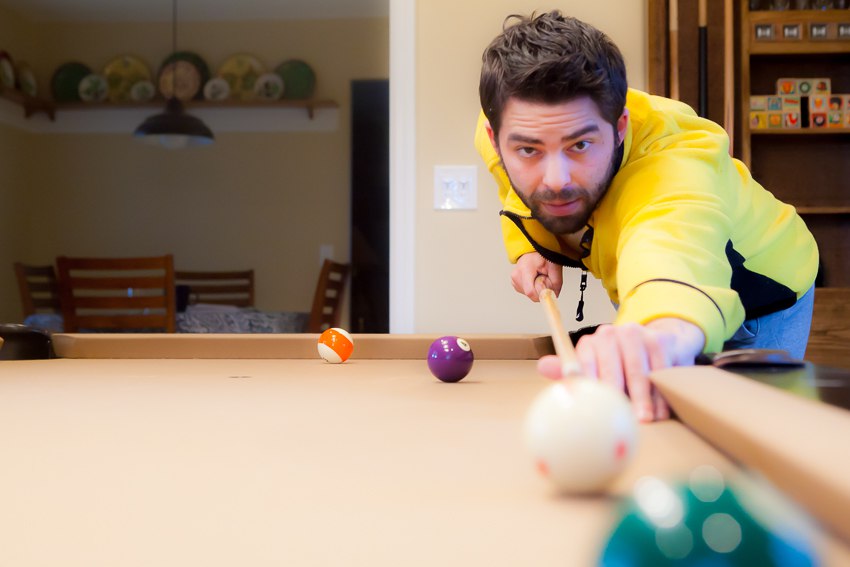 So… I was giving this a lot of thought today — Trying to figure out exactly why women live life feeling so self conscious of how they look, the shape of their bodies and what they wear. I Decided to get dow not the nitty gritty and really ask my boyfriend the tough questions about girls, body image, and self confidence. Here it is — the detailed Q&A About What guys think of the way girls look! 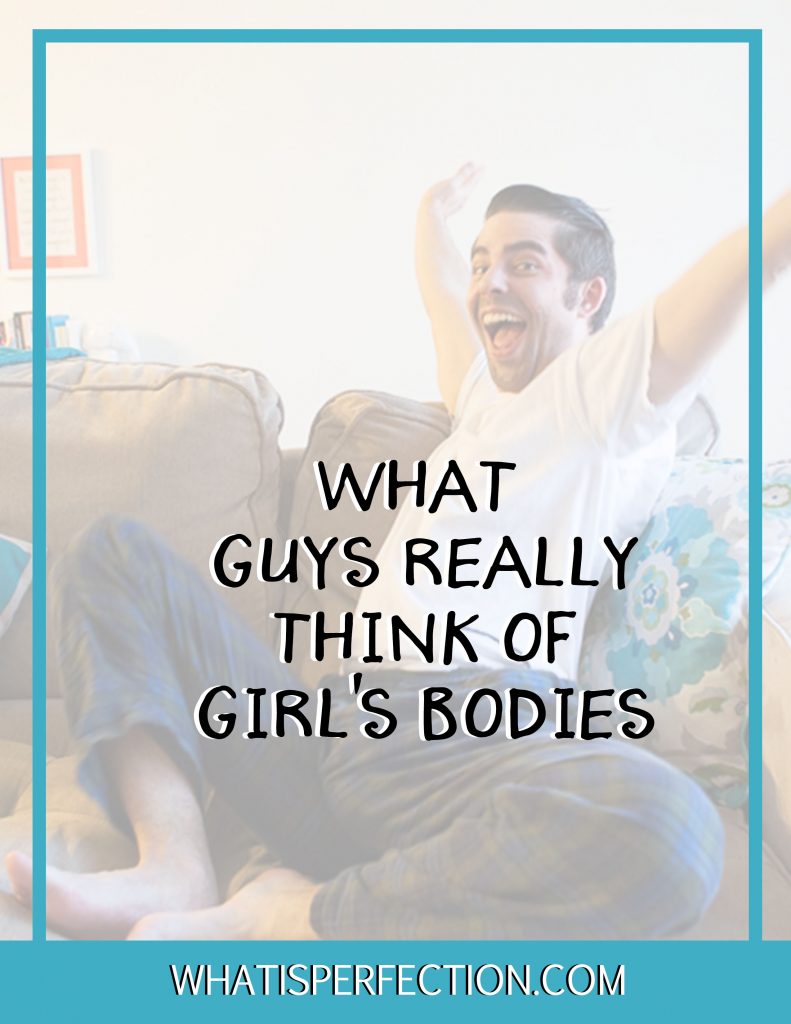 The Way Women Look – From a Guy’s Perspective

If a girl was dressing to impress guys, life would be so much simpler.

First off, the thought that pops into my mind first and foremost, is a Family Guy example. There’s an episode where two girlfriends are sitting down for lunch together, and both keep giving backhanded and passive aggressive insults towards the other about how they look. Then the scene changes and two guys are sitting together eating. One says to the other…”nice tie” or something like that. And the other says…”thank you”. This is basically what I see when I say women dress to impress women.

Theres this enormous fashion industry all set around women and how they are “supposed to look.”  All these weird ass dresses, weird ass jewelry, weird ass everything in my opinion. As far as I can see, it has nothing to do with men, but more to do with women always trying to one-up each other. When guys get dressed up, its pretty basic. And its to look good for women…not for men. But men don’t care what brand your shoes are, who made your jeans, if you got your clothes in the city or if your watch even works.

Of course I know I’m generalizing, and this doesn’t hold true for everyone. Also, I’m not saying that people shouldn’t go out and buy expensive and nice things. Shit, if it makes you happy then go for it. I know I do. But that’s just it. When I do spend money on new clothes or whatever, it’s because it makes me happy. I don’t give a shit what someone else thinks. And I think thats the big difference. Women do it because it’s cool or in fashion or whatever.

Honestly, if a girl is dressing to impress me, I’d tell her to wear sweatpants and don’t act like a bum. You don’t have to dress up to impress a guy. Seriously. I’ve never said…WOW!!! LOOK AT THOSE SHOES!!! I GOTTA GET ME SOME OF THAT!!! Sounds ridiculous right? Cause it is.

So why do I think women do this? No idea. Not a clue. I might not even be right and half the people who read this could argue the point I’m making here, but honestly…I’ve never walked out the door wondering what the guys might think of what I’m wearing…and I am damn comfortable in my clothes. Maybe it’s a penis vs. vagina thing…

2. Women are always so self conscious of their bodies… Are men as critical as women are towards themselves?

Not since puberty. And it can be annoying. Speaking for myself here, but I think I take in the person as a whole. If you take care of yourself in general, being nit picky and anal about the small stuff is a complete turn off. Guys won’t notice if you have a few strands of hair out of place. They won’t care that you have a pimple… Unless maybe if it’s on tip of your nose and you poke them…then we might. But we also get it. Guys aren’t perfect either and if we don’t sweat it so much why should you?

Basically, Don’t smell, don’t ALWAYS forget to shave and let your legs turn into cacti. But be comfortable with who you are. If you want to lose weight great, but don’t constantly bring it up. It’s uncomfortable! I want to get back in shape too, but it doesn’t consume my life. And I’d like to not have a farmers tan in the summer…but I’d much rather golf. We are who we are, flaws and all. If we were so obsessed with being perfect all the time, we couldn’t eat the way we do — and I like to eat whatever I want and enjoy it.

3. How do you think society screws up women in the way they think about their bodies and themselves?? like what does a “Hot girl” really look like according to a guy?

A hot girl is all in the eyes of the beholder. Honestly, theres a nut for every bolt. I see some people date people that I don’t consider hot, but they do. It’s like Shallow Hal. And I’m Jason Alexanders character…totally confused as to what the hell is happening. Kim Kardashian has the most disgusting figure I’ve ever seen in my life. Do girls think she looks good??? Some do!

Most guys I know would say Kim is hot from the chest up.…lower than the chest though…gross. Even the boobs are questionable…But everyone’s different.

Being a guy, I don’t know how I would say society screwed up women in the way they think about their bodies. How come society hasn’t screwed up men? Or have they? I think we’ve been given ideals and that’s all they are. I know I’m not the ideal guy, but I’m cool with that. I found my hot girl and she thinks I’m hot.

So suck it society.

4. Lets talk sex for a minute…some women are super insecure about how they look and can’t get comfortable with a guy when it comes to being intimate… do guys ever get critical or judge the girl when they are hooking up together? Do guys ever think about things like — if a girl is too fat or if she has cellulite when they are naked together in the bedroom?

Um no…we’re having sex. Why would a guy focus on something negative while they’re having a good time? Silly question in my eyes, honestly it is. I don’t even want to give this question more attention because this issue is the definition of turning a mole hill into a mountain. And I know women think this all the time…

But feelings aren’t facts…and the fact is we are having sex and pretty damn happy about it.

5. Personal Question: What is the disconnect between how I see myself and how YOU see me… like what do you notice I am super critical of that really doesn’t mean anything to you at all?

The thought that I’m placating you. Thats the disconnect. If there really was something that I thought about…I’d say it, and I think that goes for most guys. You don’t need makeup on to look good. You don’t need to dress up to be attractive. You don’t need to be skinny as a rail for me to find you sexy. I’ve said it since day one…but it always falls on deaf ears. You were perfect to me the day we met. Girls need to realize that if a guy is with her — he’s into it. And if he wasn’t he wouldn’t be. End of story. 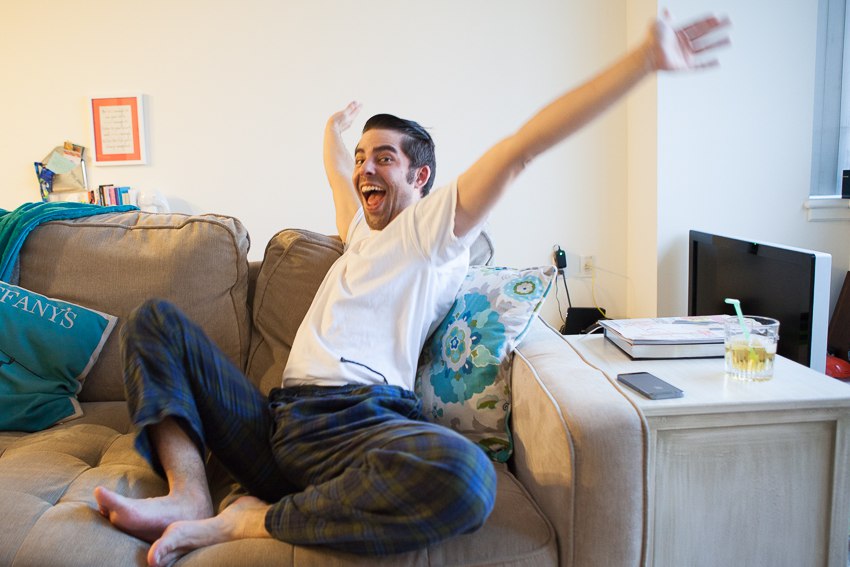