Bullying and Being Beautiful – My Struggle Story I got my first Bully in the second grade. It wasn’t one of my play school friends — it was actually her mom. She still lives around the block from my parents, and I still cringe every time I drive past her house.

Or the time she called me a hippie because of my bell bottom jeans.

Then I got my second Bully when I was in the fourth grade: Nick C. I had a total crush on the guy, but the only attention he ever gave me was when he called me a monkey.

Since I really wanted the teasing to stop, I let the first guy who paid attention to me be my boyfriend. But he was in the cool crowd, and as a result, I only got a group of more bullies: The girls in the cool crowd. 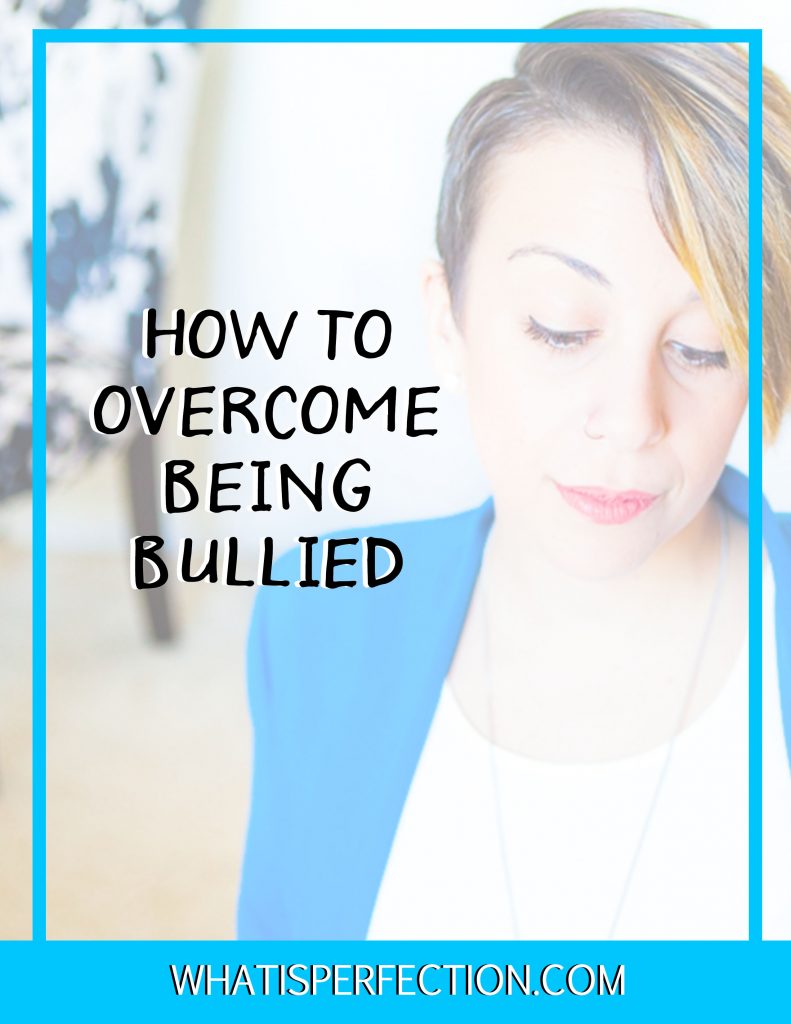 The Truth About Bullying

I started thinking about this topic after my amazing friend Amanda posted on WIP about fighting off her Bullies, and not getting plastic surgery.  It’s an issue that is even worse today with social media and being constantly connected. Bullying is a crisis guys. And we need to fight it.

When I went to a Tony Robbins Seminar last week (more posts to come)  I learned something….Even though I was bullied by these people long ago… I was still living with that feeling of being bullied. And I was letting all of my bullies hold me back from being a risk taker and being happy with my life.

I wasn’t feeling confident because my bullies taught me not to be.

I wasn’t believing in myself because my bullies never believed in me.

I stopped being who I truly was because being bullied taught me I shouldn’t be.

Bullies may bring you down, they may hold you back, they may try to keep you from being who you are or prevent you from fitting in…. but that is them. And you are different. Don’t let them control you or how you live the rest of your life.

So at the seminar I went to in West Palm Beach, there was an exercise where we were told to dance like we were crazy happy… But I couldn’t let go for some reason.

I kept thinking: “What if someone sees me acting ridiculous? Will I get made fun of?” I mean seriously… the last time I went to a rave sober was never… so I had no idea how to let go without being under the influence.

But I did it! I let go! And I learned something…. it doesn’t MATTER what people think. There is a room of 9,000 people – are they really judging me? And if one of them is, Who the heck cares?!

And that’s a metaphor for somethings even bigger… this world is huge. It is so big. It is full of billions of people who are all different and all unique… and just because a few mean butt heads are trying to bring you down, doesn’t mean you should live life thinking that everyone is going to put you in a box and judge you.

Bullies Come and Go… YOU are here forever. Don’t keep them with you. Let them go and remember life is bigger than whatever bully you are facing. Ignore the nay sayers and be you! Be confident with who you are. Love yourself for YOU — don’t ever give them the win by saying you give up.